While mezcal may no longer be a secret in the United States, beholden to experts and aficionados, it’s still relatively misunderstood, or loosely associated, as “tequila’s younger cousin.” This salon in South Beach, Miami hopes to change that.

“Mezcal is not smoked tequila,” says Ashly Levi, mezcaliber and bartender at Mezcalista, at the Moxy Miami South Beach, tracing the name of mezcal to its Nahuatl origins, where the words “metl” and “ixcalli” translate to cooked agave. “The saying goes that all tequilas are mezcal, however, not all mezcals are tequila.” Levi attributes this to the fact that mezcals can be made from more than 30 different varieties of agave, while tequila can only be produced from one variety, Weber’s blue agave, also known as tequilana. of agave. With 212 mezcals and counting, Mezcalista exists to showcase the nuances of the spirit and the versatility of its mostly smoky, sometimes fruity profile in cocktails.

“We selected high-end, low-production expressions while weeding out high-production mezcals that aren’t as refined,” says Alan Drummond, co-owner and founder of Coyo Taco Group, the brand behind Mezcalista. Drummond, a mezcalier (a trained mezcal expert, likened to a wine sommelier), adds that all mezcals are hand-selected and directly imported from Mexico.

The speakeasy lounge and tasting room is tucked away behind the Como Como Restaurant, part of the Moxy Hotel in South Beach. Since it’s literally off the beaten path with a concealed entrance, the dimly lit, velvet-clad bar immediately gives off a sexy, veiled vibe as it welcomes guests non-judgmentally into the world of mezcal — something Drummond says is utterly unique for Miami, as guests have access to upscale lounges throughout the city, but none with that specificity of a singular offering, while “combining sophistication with a theatrical flair to create a unique experience in its kind”. 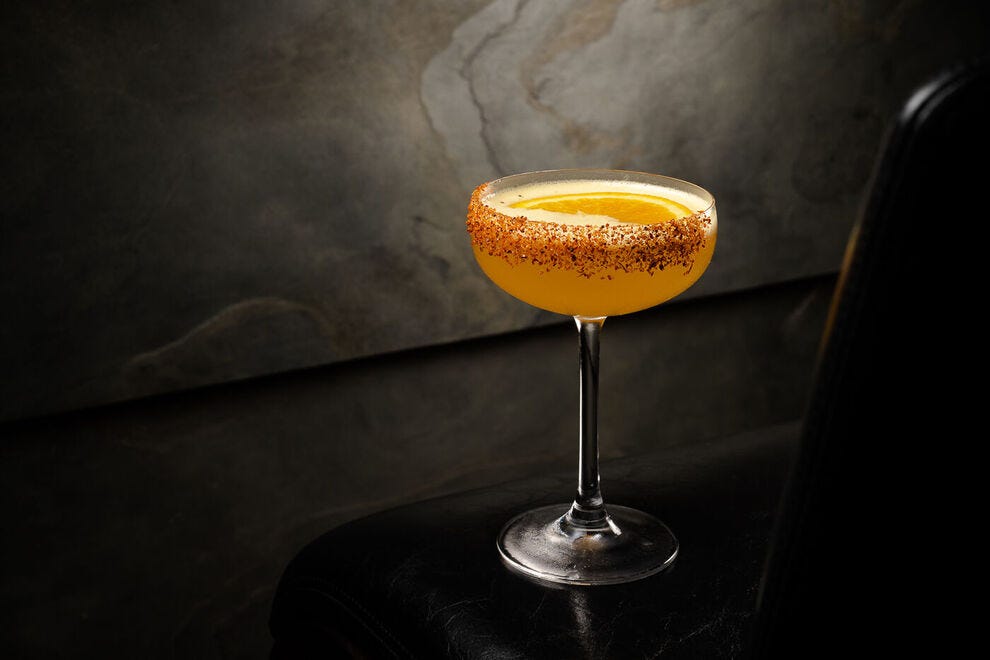 The lounge opens in the evening for cocktail hour, when you can order mezcal by the ounce, sip a specialty cocktail, or arrange a private tasting to explore the range of flavors of the spirit, before the lounge closes. transforms into a Miami party with live DJ rotation.

Levi explains that during cocktail hours, guests are greeted with an amuse-bouche and mezcal. From there, special cocktails — each made with a different mezcal — include a side-by-side tasting of the mezcal that guests can try for themselves, in hopes they better understand its intricacies individually, as well as how it complements other ingredients in a cocktail.

“I like to ask guests what aromas and flavors they get while sipping. It’s interesting to hear how everyone has a different answer, and in the end, there are no wrong answers,” says Levi, who runs also private tastings if guests wish to learn more about mezcal production, history and its differences between tequila and other agave distillates. Levi points out that outside of the tasting room, all of the mezcal selection is available for purchase by the ounce to create your own tasting in the lounge or to use in your favorite cocktail (for Levi, that’s a mezcal negroni).

“Two years ago, I felt like I had to ask my guests if they had ever eaten mezcal when ordering our mezcal cocktail,” Levi says of mezcal’s growing popularity. “It was common to hear ‘no’ and [I] probably had to trade it for tequila. Now, Levi says Mezcalista only offers two tequilas, and mezcal is likely to be found in at least one cocktail in most bars nationwide. 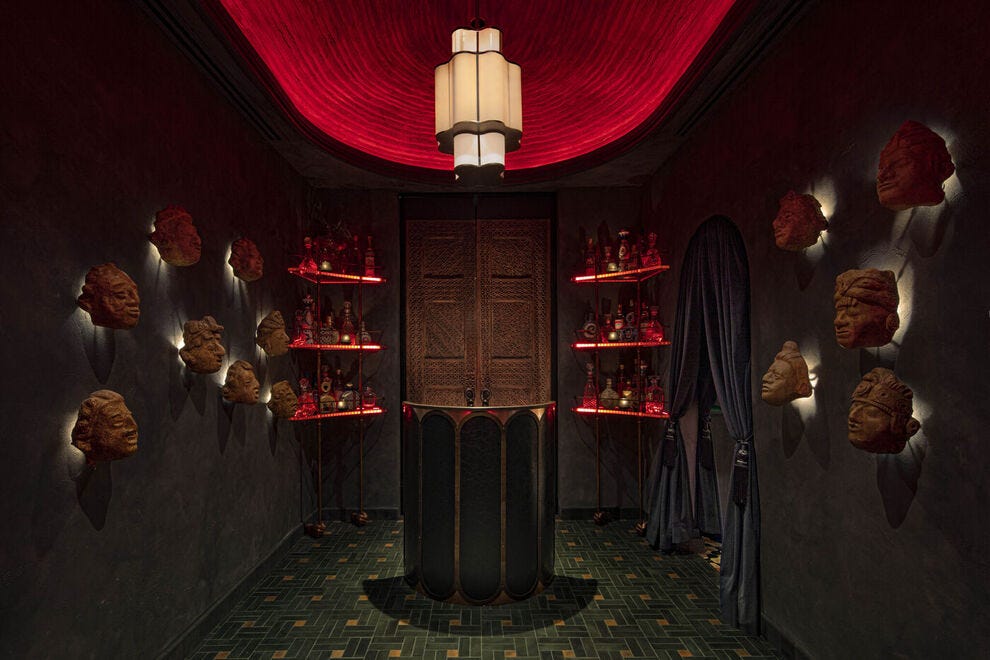 Although Mezcalista’s amount of mezcal stands out as a mezcal-focused bar, the mezcal selections are also niche, like the Mezcalosfera bottle, made in small batches of less than 200 liters per batch and exported from a bar in mezcal from Oaxaca City. In addition to spotlighting unique brands and small production, Levi likes to dive into the role of terroir in mezcals, comparing it to the role of terroir in vintage wines.

“The distillation process can be the same within a brand, [but] each batch will be slightly different,” says Levi. “Anything from rainfall during the ripening years, surrounding vegetation, and altitude can affect the sugar content and flavor profile of agave, which then plays into the final taste of the mezcal.”

Finally, even if you’re not as familiar with mezcal, Drummond says the lounge is also for you, to learn to love the spirit. Levi encourages novice mezcal drinkers to “kiss” the mezcal while you sip it; swirl it around your mouth like a fine whiskey and use your sense of smell to decipher the aromas and flavors that may resonate.

“I like to say that I have over 200 flavors of ice cream behind me to give you an idea of ​​how different and unique each bottle is,” Levi concludes. Mezcalista is open Thursday through Sunday, 8 p.m. to 2 a.m.

The team at the venerable Tahbilk Estate in Victoria have triumphed again, releasing a set …