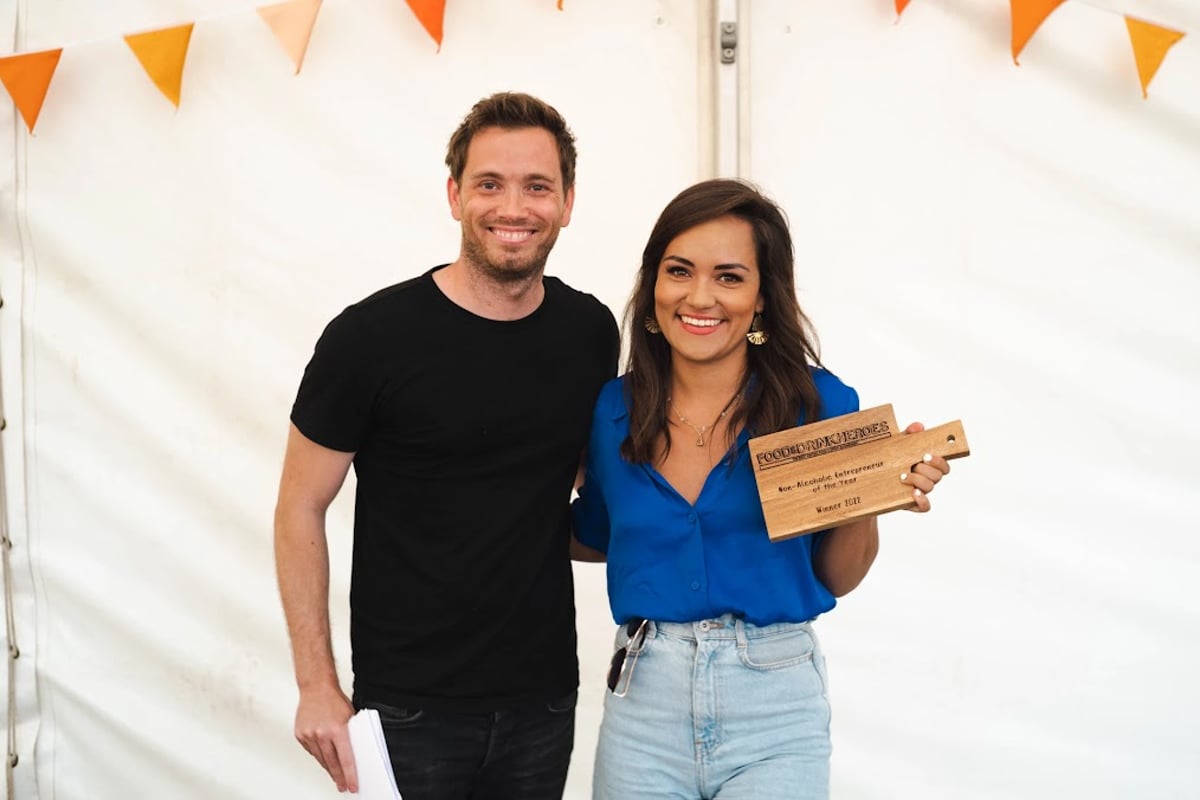 This photo taken on October 9, 2021 shows a plate of kratom leaves on display at the Teens of Thailand cocktail bar in Bangkok. AFP PHOTO

The once-legendary nightlife of the Thai capital has been undermined by a seven-month alcohol service ban imposed to fight the coronavirus, leaving pub and bar owners with a major headache.

Thailand has recorded around 1.7 million infections, the lion’s share since April, when the government called the last orders after an outbreak attributed to a cluster of high-end nightclubs.

Without government support, bar owners were given the choice between struggling to survive, flouting ban rules, or getting creative.

Before the pandemic hit, bar gin enthusiasts flocked to Teens of Thailand, a bustling cocktail bar on the edge of Bangkok’s Chinatown.

Today, Teens has reopened to 60% its ability to serve mocktails made from kratom, a leaf of the coffee family long used in parts of Southeast Asia as a mild stimulant.

Kratom, which stimulates the same brain receptors as morphine but with much milder effects, was taken off the Thai government’s ban list in August.

The move threw Teens owner Niks Anuman-Rajadhon a lifeline, although kratom mocktails only sell for $ 4, compared to $ 11 for regular gin and tonic. 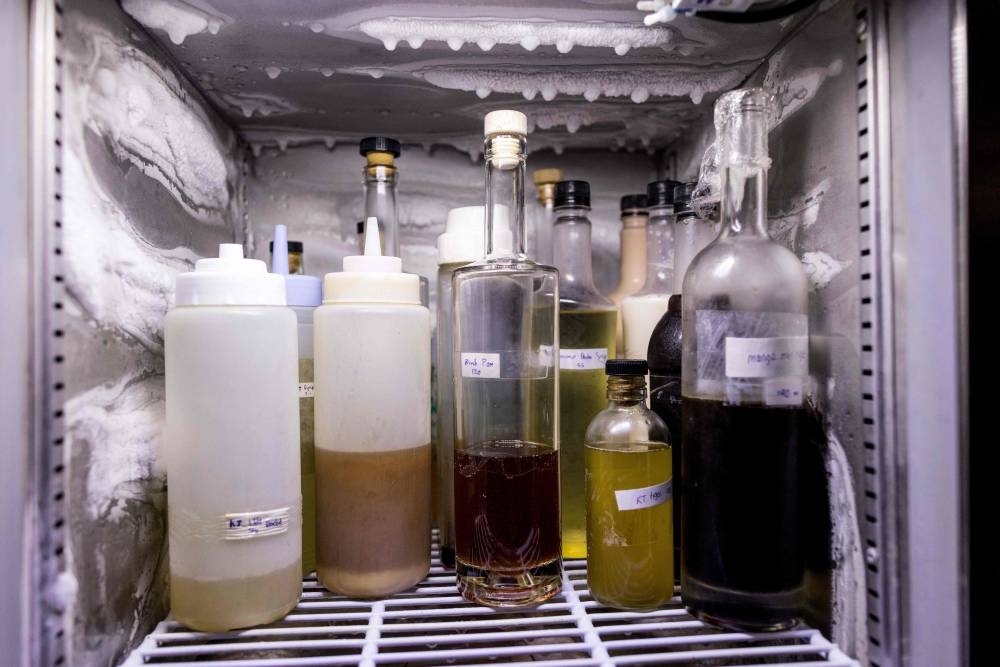 This photo taken on October 9, 2021 shows prefabricated kratom-infused mocktail mixes in a fridge at the Teens of Thailand cocktail bar in Bangkok. AFP PHOTO

The collapse of the industry

Draconian travel restrictions imposed to fight the coronavirus have taken a toll on the economy of Thailand, where tourism accounted for nearly 20% of national income before the pandemic.

The number of visitors has fallen from almost 40 million a year to a trickle, leaving the hospitality industry to struggle to survive.

Thanakorn Kuptajit, head of the Thai Alcohol Beverage Business Association, told local media that he expects the sector’s value to drop by 50% to $ 9 billion as a result of the ban.

As a result, some Bangkok owners resorted to the ban, serving alcohol inconspicuously in coffee cups or soda cans.

But for those who played by the rules, it’s been a tough year.

A handyman, two bar workers and an assistant lost their jobs or had a reduced salary.

WTF, which celebrated its 10th anniversary earlier this year, is preparing to reopen this week (October 21) with the launch of a new Thai art exhibition and tapas menu.

Prime Minister Prayut Chan-O-Cha gave the industry some hope last week, announcing that as part of the kingdom’s reopening to tourism, the government plans to lift the alcohol ban by December. 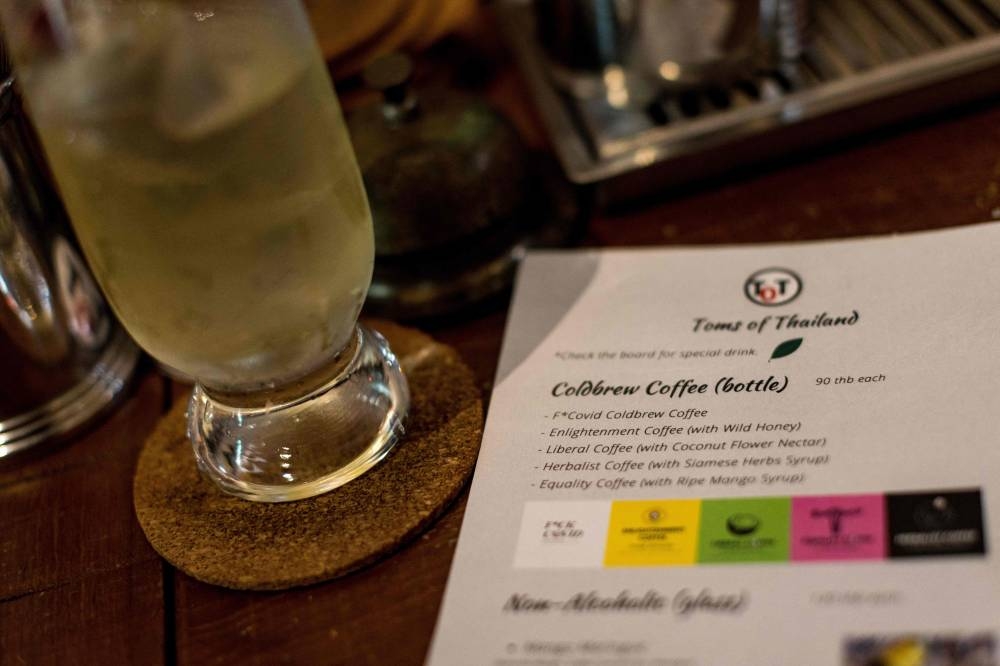 This photo taken on October 9, 2021 shows a kratom-infused mocktail alongside a menu at the Teens of Thailand cocktail bar in Bangkok. AFP PHOTO

But Wise warned that with fewer clients and less disposable income, the road to recovery will be long.

“I can’t imagine it going back to what it was before Covid,” he told AFP.

“The sanook (enjoy), mai pen rai (no worries) life, its bai dee (relaxed) that Thais have not come back for a long time.”

And relaxation will be too little too late for many companies, said Niks, owner of Teens.

“It is a disaster. We have lost the crafts, we have lost the workforce of the industry. We have lost good bars, good restaurants because of the mismanagement of the government”, a- he said, adding that his best bartenders were now working in other industries.

Now that time is running out until it reopens, Teens customers are sampling the experimental menu of kratom drinks.

We sip a concoction of mango and lime served in a beeswax mug with honey foam – the slightly bitter flavor of kratom balanced by the fruity sweetness.

“It tastes like a sour plum. It’s refreshing,” he told AFP.