More than 400 Genelec loudspeakers have been installed in Porto’s World of Wine (WOW) cultural district to provide an immersive soundscape for visitors.

WOW is home to a collection of museums, restaurants and bars that form an immersive journey through the region’s port production heritage.

Genelec’s local distributor, Garrett Audiovisuais, worked in tandem with Gema Digital, the company responsible for the storytelling, multimedia production, audiovisual installation and execution of most of the museum’s exhibits. Gema Digital specializes in developing pioneering immersive and interactive experiences, and at WOW sound is instrumental in creating an engaging experience, with soundscapes specially designed to immerse visitors in every part of the journey.

Gema Digital COO Francisco Cal Brandão says, “In each space completely different environments are presented, and it was necessary for the sound design to reflect this changing dynamic.

Raul Fernandes, Sales Manager at Garrett Audiovisuais, says: “When we were consulted by Gema Digital about this project, they made it clear that they needed a loudspeaker that would adapt to different types of parts and applications, but which would look inconspicuous. Genelec’s crystal-clear sound signature is ubiquitous in its models, but there are subtle differences in the choices for each room. This is why we have suggested a combination of architectural and 4000 series models, as they can be easily adjusted to the acoustics of the space, circumventing the difficulties usually present in older buildings or with materials that create too much reverb.

Nine loudspeaker models were used throughout the project, including all variants of the 4000 series. As it was essential that the loudspeakers blend perfectly into the environment, Genelec’s AIC25 ceiling-mounted models predominate , with 192 installed at the site. Amplification for each AIC25 is provided via a remote RAM2 amplifier module, which also allowed technicians to adjust the frequency response of the loudspeakers.

Some of the museum’s largest exhibits required creative thinking to ensure the speakers remained hidden without compromising sound quality. “In the Civil War section of Porto Region Across the Ages, we made the decision to hide the Genelec 5041A in-wall active subwoofer in the set design – in the fireplace,” explains Brandão. “Similarly, in the jungle of The Chocolate Story, we made the creative decision to position the speakers behind the wall of vegetation to give the impression that there are animals hiding along the entire wall, simulating the thriving wildlife of a real jungle and conveying a feeling of 360° immersion. 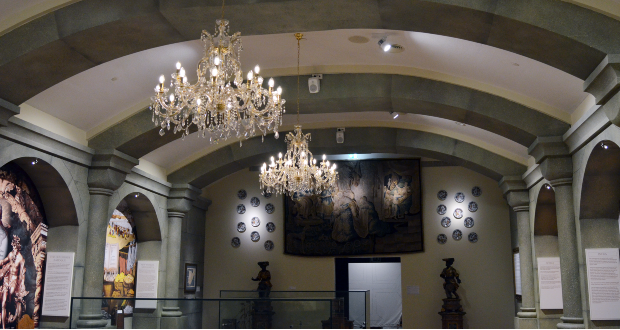 Previous For sleep apnea, cut down on junk food and alcohol, research shows
Next 24 Luxury Advent Calendars for the Chicest on Your List