Local wine is no longer “sweet, cheap and heady”, but abroad is still more popular – KyivPost 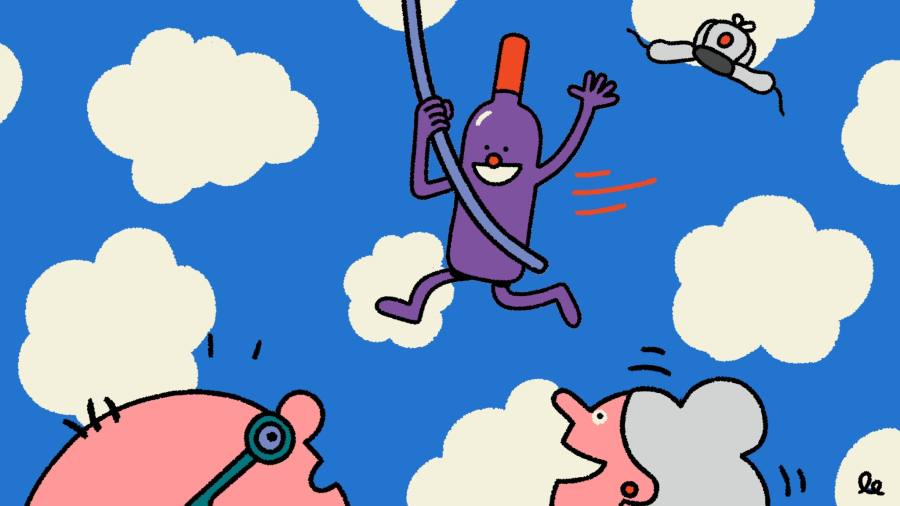 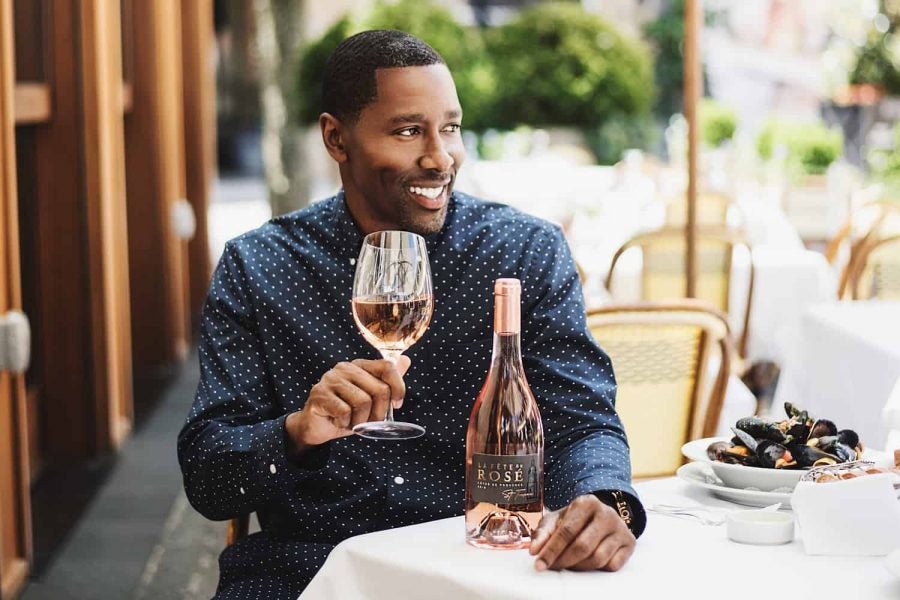 When Ukrainian tech entrepreneur Eugene Shneyderis made his first bottle of wine, he didn’t think he would ever be a wine producer. In 10 years, the Beykush cellar of Shneyderis has grown into a reputable brand that produces nearly 30,000 bottles of wine per year.

Finding your way from the rural vineyards near the southern town of Mykolaiv to the wine shops and restaurants of the big cities has not been easy for a small business like Beykush. For reference, Mykolaiv is located 480 kilometers south of the capital, Kiev.

For years, local winemakers suffered from heavy Ukrainian bureaucracy and lack of state support. Local customers did not believe that Ukraine could produce good wine and preferred popular European brands which are generally cheaper.

This discouraged Ukrainian entrepreneurs from investing in the wine business. As a result, only 130 local businesses are licensed to produce wine compared to over 46,000 in Italy. But those who have decided to take a risk are trying to remain optimistic about the future of the industry.

“Ukraine is perfectly suited to make great wine,” said Christophe Lacarin, a French winemaker who owns vineyards near Odessa, the Black Sea port city of one million people 500 kilometers away. south of Kiev. The southern regions of Ukraine have a favorable climate for growing grapes, while many local winemakers can turn the harvest into a high-quality drink.

To support them, the government must adapt laws to the needs of small businesses, while Ukrainians must be patriots and start buying more locally produced wine, Lacarin said.

When Ukrainians choose a wine for a date or party, they would rather buy a bottle of Pinot Grigio from Burgundy than Sukholimanske from Odessa.

There is a stereotype, especially among the older generation, that “anything imported is better than local,” said Anna Gorkun, CEO of Inkerman winery and founder of 46 Parallel Wine Group.

The share of Ukrainian wine in large supermarket chains is also declining. In 2020, only 27% of the Auchan store chain’s wine was Ukrainian, and 26% – in Retail Group, which includes the popular supermarkets Velyka Kishenya and Velmart. Compared to 2017, this is a decrease of 6 to 10%.

In 2020, Ukraine’s wine market suffered from COVID-19 and a record grape harvest, according to Alexander Sokolov, CEO of analysis firm Pro-Consulting. This was followed by a 20% increase in wine imports from Europe which further hurt the industry, according to Sokolov.

Imports increased last year because the Ukrainian government lifted import duties on wine from the European Union as a result of obligations the country entered into when signing the Association Agreement with the EU in 2014. Ukraine imported US $ 85 million worth of wine from the EU in 2016; in 2020, the figure climbed to $ 180 million.

For foreign producers, supported by tax breaks and public investment, Ukraine is a profitable market. It is easy to cross the country’s borders due to the zero import duty and the lack of strict control over the quality of imported wine, said Volodymyr Kucherenko, director of Ukrvinprom, an organization that supports and protects interests local winegrowers and winegrowers. And while the national wine can compete with European quality, it cannot surpass it in price, Sokolov said.

Foreign producers, boosted by government support, can sell a bottle of wine for $ 3 even when its cost of production is higher. Ukrainian producers sell fine wine for an average of $ 5-7 a bottle.

Locals set higher prices for the same quality because they don’t receive as much financial support from the state as European winemakers, according to Lacarin.

The government should protect local producers, by limiting the access of imported products to the county, according to Kucherenko.

“If there is more Ukrainian wine on the shelves than imported wine, there is a chance that the situation will change,” Gorkun said.

In the past, 140 documents had to be submitted to register a winery, a tedious and expensive process that put small producers at a disadvantage.

Through the exhausting registration process, the government wanted to control the wine market and protect it from illegal producers. Such a bureaucracy, however, has opened only one door to corruption; the police could visit a winegrower for the slightest mistake.

“One unnecessary step, one bad letter on the excise stamp and you can be sued,” Shneyderis said.

In 2015, local authorities accused Shneyderis of producing illegal wine and seized his equipment. After the incident caught the public’s attention, the tax department closed the investigation.

Lacarin spent almost 10 years trying to get a license to sell wine in Ukraine. Following numerous requests, in 2018 the Ukrainian parliament simplified the registration process for a small or medium-sized winery, which produces up to 100,000 liters of wine from grapes, berries or grapes. honey that he grows or produces himself.

It was a godsend for small winemakers, Lacarin said. But now local businesses face another bureaucratic challenge: excise stamps, labels that prove taxes have been paid. Developed European countries do not have excise stamps.

“In the rest of the world, wine is an alcoholic drink made from fermented grapes. In Ukraine, this is the product you can be sued for, ”said Shneyderis.

“Wine is food. There is no logic in imposing an excise tax on food, ”Gorkun said.

Rather than focusing on bureaucracy, experts said the government should help local businesses increase wine production which declined dramatically after Russia’s 2014 invasion of Crimea, the main wine and producing region. of wine in Ukraine. According to Ukrvinprom, Ukraine lost 26,400 hectares of vineyards after Russia annexed the peninsula.

Besides the supply of grapes, Ukraine has also lost control of its best wineries, including Massandra, Novy Svit, Inkerman, Koktebel.

In January, Russia sold Koktebel in Crimea for $ 1.4 million. In 2020, she sold Massandra for more than $ 2 million to the branch of the Russian bank controlled by one of Russian President Vladimir Putin’s allies, Yuri Kovalchuk. 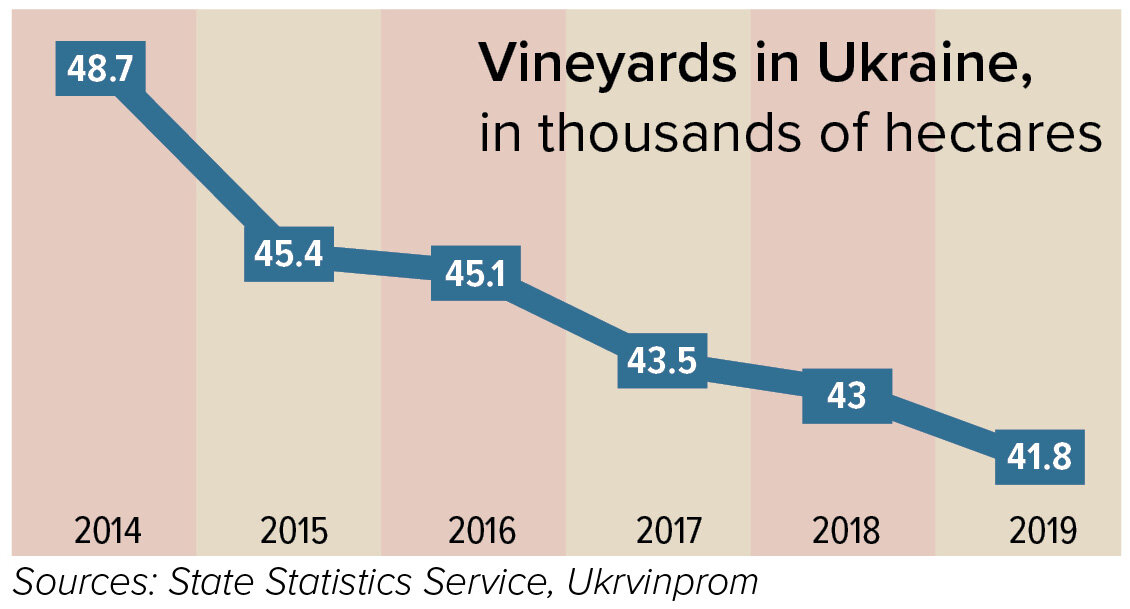 The Inkerman of Gorkun had to abandon three factories, cellars and 3,500 hectares of vineyards when the Kremlin invaded Crimea. At that time, Inkerman was the best in the local market and planned to expand overseas, and even launch its IPO. But the plans were canceled.

“Our main goal was to save the customer and the brand image,” Gorkun said.

To continue doing business in Ukraine, Inkerman registered a new company in Kiev which now works independently from the Crimean company. Inkerman lost a substantial part of its market because it could neither import Crimean grapes nor sell its wine there. The company still controls nearly 8% of the market, producing nearly 4 million bottles of wine per year. Ukrainian Inkerman does not own any vineyards in Ukraine. Instead, he buys grapes from local farmers.

“There is no need to invest in our own vineyards,” Gorkun said. “We prefer to give the opportunity to develop and maintain production to winegrowers who have already invested.

Last year Gorkun took on another business – she launched a new wine brand called 46 Parallel. It targets the younger generation.
“We believe that millennials and people born in the 2000s will be more tolerant of Ukrainian products,” she said.

Unlike their parents, born in the Soviet Union when the most popular wine was “sweet, cheap and heady,” Millennials are trying to build a culture of drinking wine that is more similar to European culture. They prefer dry wine to sweet or semi-sweet. 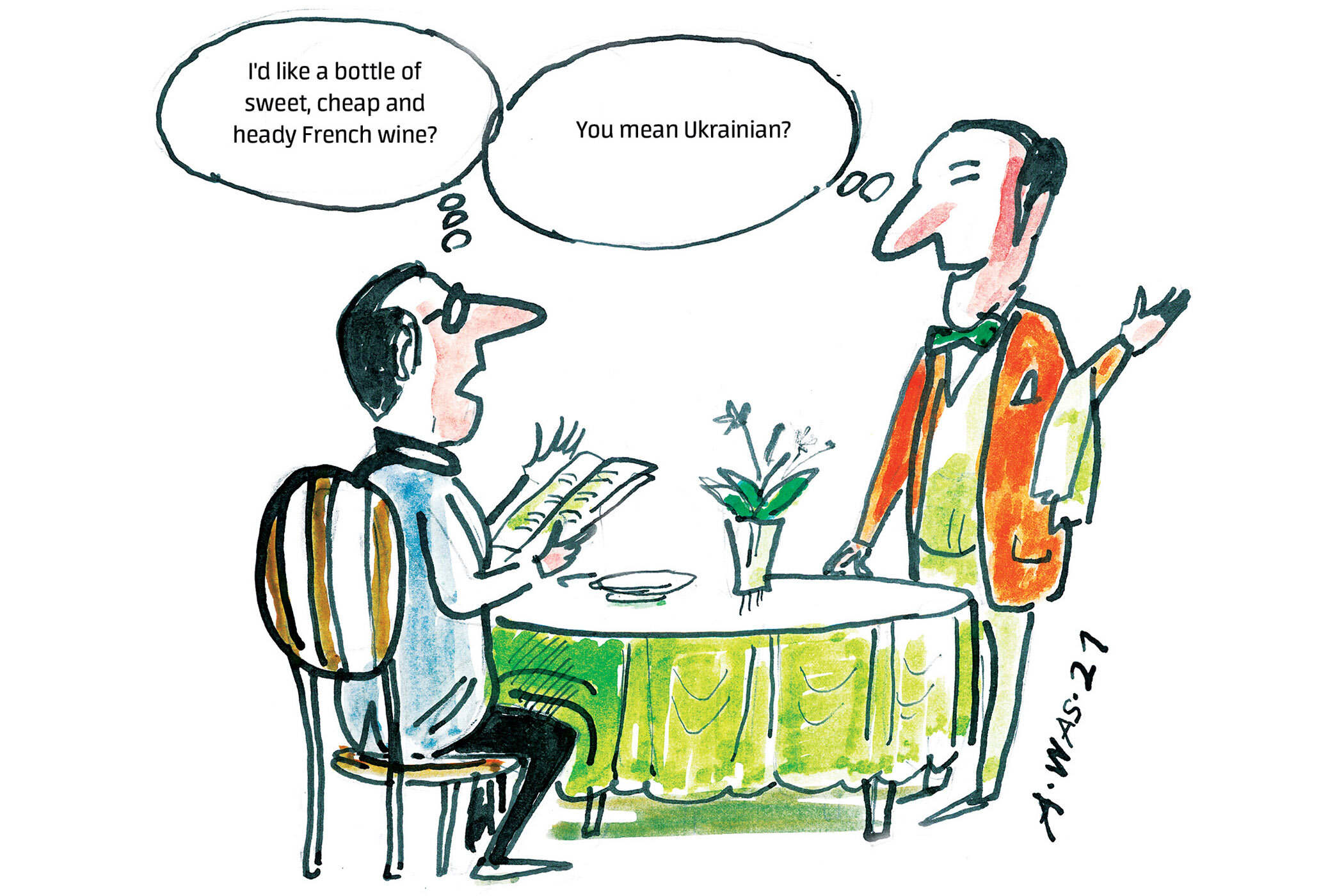 In the Soviet Union, when people wanted to buy wine, they looked for something sweet and cheap. The new generation of Ukrainians is building a culture of drinking that is different, closer to European culture. They prefer dry wine to sweet or semi-sweet. (Kiev post)

Wine consumption is still low: a Ukrainian consumes 3.5 liters of wine per year compared to 62 liters in Portugal, 50 liters in France or 44 liters in Italy, according to Ukrvinprom.

These countries have a centuries-old wine history, while Ukraine started producing fine wine only 10-15 years ago, according to local sommelier Anna Eugenia Yanchenko. “Ukrainian wine needs more time to reveal and demonstrate its charms,” she said.

According to Yanchenko, Ukraine can already be proud of two local grape varieties: Odessa black and Telti Kuruk.

“These varieties are the future of Ukrainian winemaking, or at least the beginning,” she added.

Another thing that will drive Ukrainian winemaking forward is the rise of small businesses, Lacarin said. Compared to the big producers who target the average Ukrainian who buys wine from the supermarket, the smaller companies make high quality wine more expensive.

Small producers can also take more risks by experimenting with production techniques, growing grapes without pesticides. For a great winemaker, one mistake can cost dozens of acres, said Shneyderis.

“It was not the supermarkets that made the French wine industry glorious, but the small shops that produced expensive and chic wine,” he said.

Found a spelling mistake? Let us know – highlight it and press Ctrl + Enter. 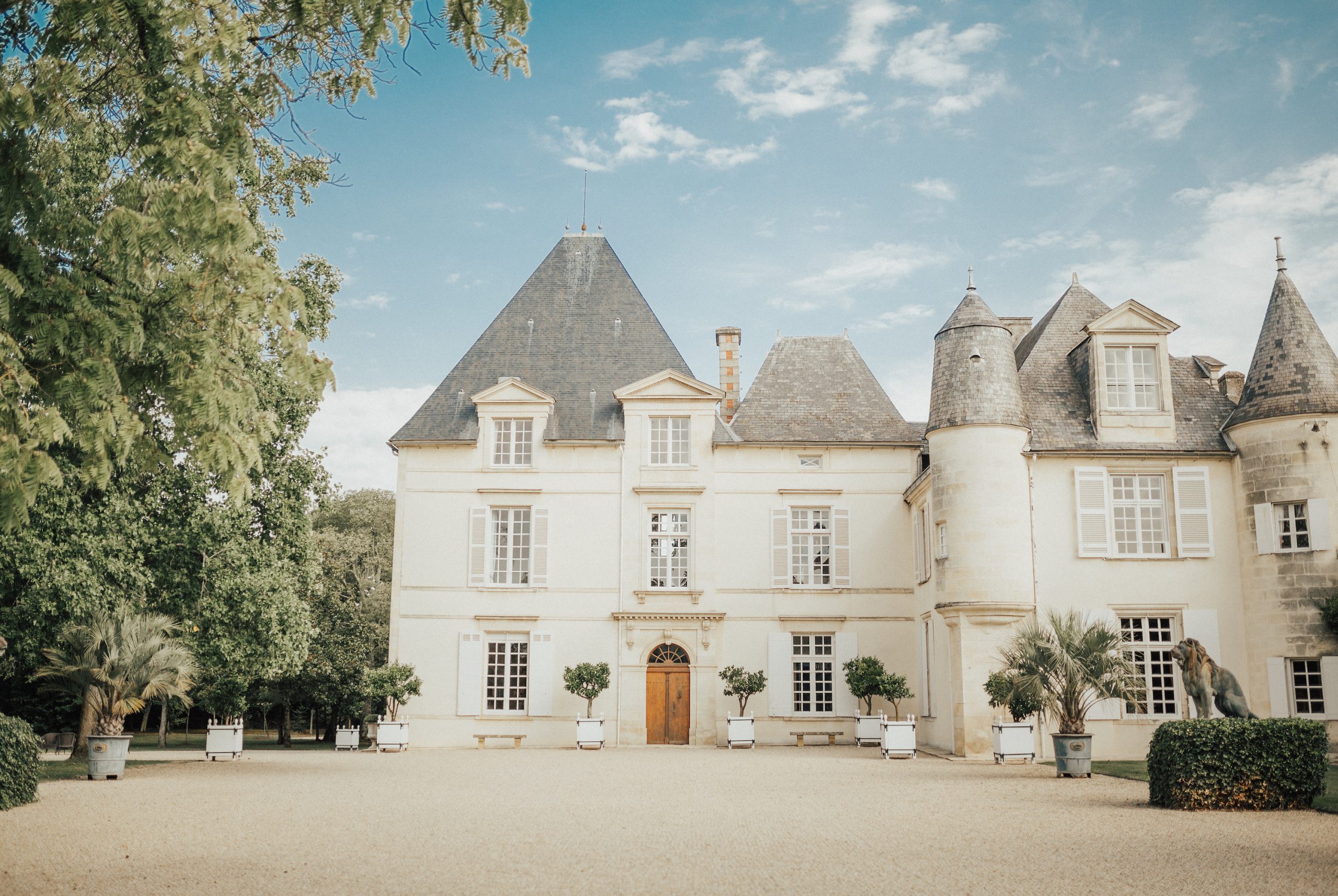