The government is still robbing you 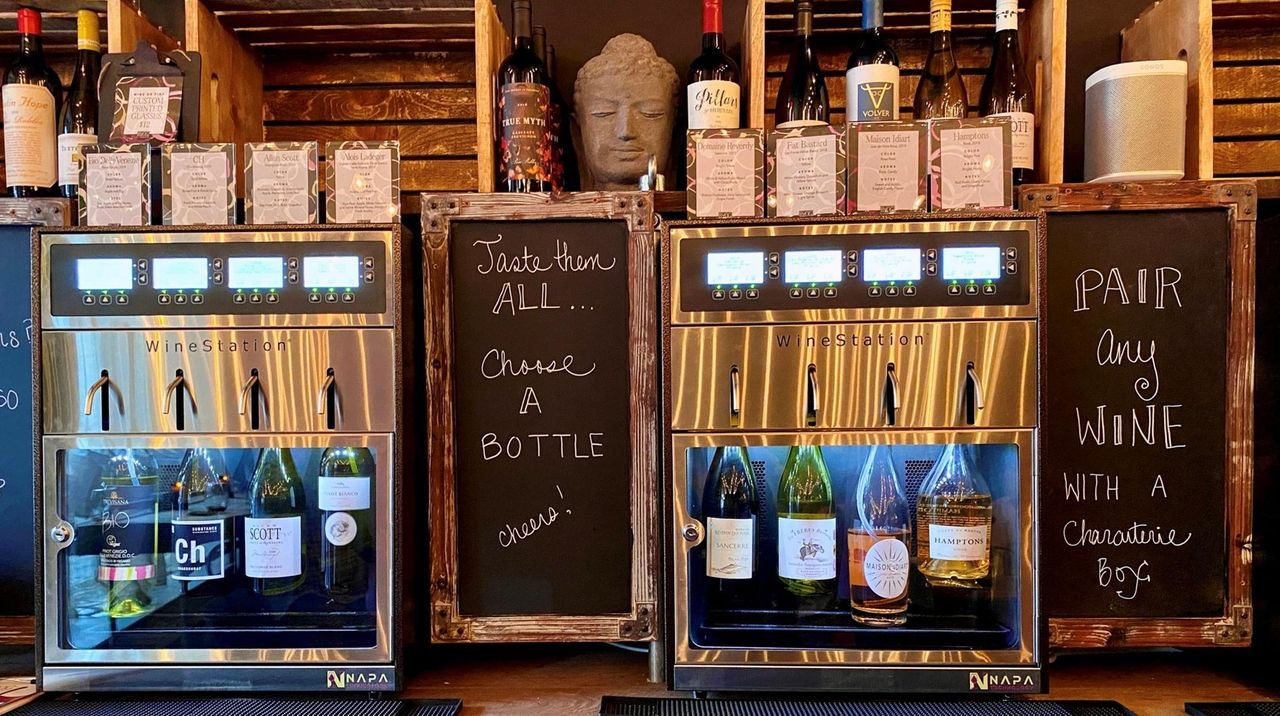 Italy is the first country to obtain a sustainability certificate

You are a law-abiding citizen standing up …

And when the time comes to you to calculate the numbers, you hope to recover something.

But what if I told you the government lied to you?

And with each check, you actually earn less money?

It’s hard to believe I know, but while you’ve been a good little citizen working from home, standing 6 feet apart and trying to decipher how much your Dunkin ‘Donuts coffee costs through the mumbles behind a piece of cloth, the government took money straight out of your pocket.

You paid a “stealth tax”.

And there are three ways to get that money back …

I’ll show you how in a moment. But first, let me explain this tax you pay.

We see it everywhere … Inflation is back.

We are generally skeptical of mainstream media and their technical analysis, especially when we consider the “magazine coverage indicator” – an opinion that cover articles printed in major US magazines ( today they would be e-zines) are often an indicator to the contrary.

But the Department of Labor has just released its data … a gigantic annual inflation rate of 4.2%. Further, this month, Warren Buffett issued a stark warning about inflation in the housing market, stating, “We are seeing very significant inflation… The costs are only going up, up, up. The costs of steel, you know, just every day they’re going up.

One indicator of future inflation is rising commodity prices. Here is an overview of the S&P GSCI, a barometer of the performance of the commodities market. 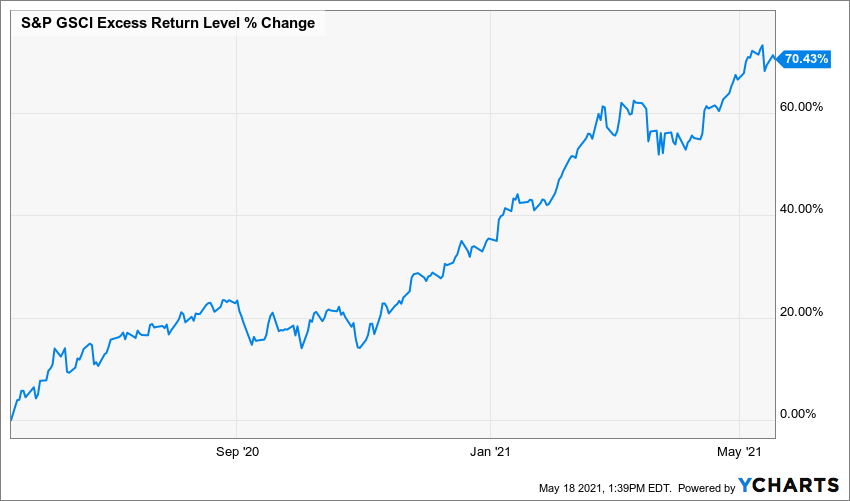 So I’m afraid the magazines are right this time. But they’re still a little late for the party.

We have actually been living in an inflationary environment for years. It has just been masked by the price squeeze caused by technological innovations from Amazon (NASDAQ: AMZN) – among other tech companies – and the home delivery economy.

We can also see inflation in action in the Consumer Price Index (CPI), a measure of prices across 200 categories of goods and services, which rose 0.8% in April from March. This is the largest increase in the index since 2009. 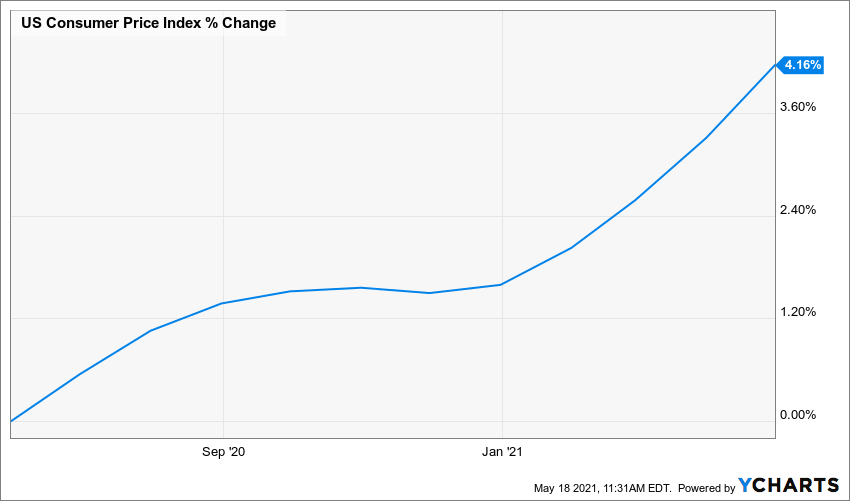 The data now confirms that we are living under inflation; it’s just that nobody knows how long it’s going to last.

Inflation is known as the stealth tax because it goes largely unnoticed on a large scale but affects the consumer and the prices we pay for the things we need, like food and shelter. At the end of the day, we are the boneless.

When the pandemic started, one of my first thoughts was that food prices would go up. It was not difficult to come to this conclusion, as I thought there would be an inevitable shortage of the supply chain coupled with growing demand.

So I stocked up on groceries, and of course with each trip I was spending more and more money … on the same items. After about two months, I was no longer going to the grocery store.

I joined the household economy and started a garden. I bought from farmers markets and took trips to Amish food stalls.

So it’s no surprise, as people scramble to grow their own food, that Scotts Miracle-Gro (NYSE: SMG) has taken off.

It is also not surprising that at the end of April 2021, the Foundation for Economic Education noted: “Food prices jumped 3.9% in 2020, almost triple the rate. inflation.

You will never be inside!

So join Foreigners Club today for FREE. You will learn to take control of your finances, manage your own investments, and beat “the system” as you please. Become a member today and get our latest free report: “Prophets of doom: how to make pessimism pay off”.

After receiving your report, you will begin to receive the Foreigners Club e-Letter, delivered daily to your inbox.

And further, “The United States Department of Agriculture estimates that grocery bills could rise an additional 3% in 2021, while some experts are betting on longer-term issues.”

What we are seeing in the food industry is an indicator of much bigger problems.

If you are looking for a home, you know how crazy the area has become.

Buying a home is often the biggest purchase a person or a family will make in their lifetime. But when you consider that the average American earns about $ 50,000 a year, 70% of Americans live on paycheck to paycheck, Americans have $ 900 billion in credit card debt with $ 500 billion in credit card debt. average student loan of $ 30,000, and the average price of a new home is around $ 400,000 … we can see that many of these home buyers shouldn’t be buying new homes.

I think people are rushing to buy, overpay, and are going to be in a crap stream without a paddle. As Warren Buffett says, “When the tide goes out, you can tell who was swimming. “

When the pandemic hit, people wanted to get away from cities – urban theft – causing increased demand for housing, which drove up house prices (not to mention homebuyers who wanted to take advantage of interest rates historically). low). Once those existing homes sold and the market got leaner, demand for new construction increased.

This is where we are now:

I wouldn’t pay for a house that is $ 35,000 more than market value. Houses are too expensive to begin with. I prefer to buy land, build a house by hand, and live within my means and budget. People need to wake up and stop this mindless overspending because it has ramifications in other sectors of the economy.

Where we are going

Two terms you should pay attention to these days are “commodity supercycle” and “inventory flation”.

A commodity supercycle is a decade-long period in which commodities trade above their long-term price trend. And economists have been calling for a commodities supercycle since President Obama has been in power.

We’ve only seen four of these supercycles since the mid-19th century, so economists think we might have another.

In fact, in 2020 the prices of aluminum, copper and silver reached levels not seen since 2013 and have been rising steadily since. 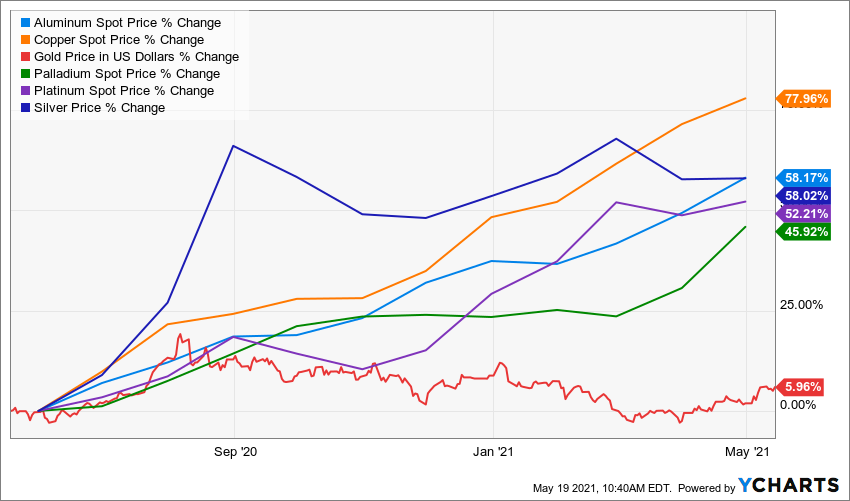 Investing in commodities has paid off lately, but gold has lagged behind. Maybe Bitcoin has replaced gold as a store of value for now, but I don’t think that will last.

In contrast, inflation occurs when people withdraw money from their savings accounts due to low interest rates and go public. This partly fueled the continued bull market.

Either way, you don’t want inflation to eat away at your hard-earned money. We will not stop at that.

Get your money back!

Without further ado, here are the three investment strategies to protect your wealth in this inflationary environment and even get your money back from the stealth tax you paid.

We remain bullish on gold and the companies that mine it. I’m not a gold bug, but I think a 5% allocation to gold and precious metals is a smart way to hedge your portfolio. In addition, the fear of inflation and the fact that most investors have little exposure to precious metals has created a void that has yet to be filled. Gold still has room to run, folks.

Our resident gold expert, Luke Burgess, has an impressive track record when it comes to finding the best gold mining stocks. Forget the noise of the other recommendations because he discovered the best gold mining title of the decade. Discover his Junior mining trader service … you’ll wish you had it sooner.

Dividend aristocrats are companies that increase their dividends every year. I firmly believe that increasing your income to give you and your family more purchasing power is a sure fire protection against inflation. The list is long, but it includes companies like 3M (NYSE: MMM), AbbVie (NYSE: ABBV), and Clorox (NYSE: CLX).

If you’re interested in dividend paying stocks and what they can do for your wealth, visit The heritage council, published by my British colleague Ryle. He’s got the scoop on a $ 10 of stocks expected to skyrocket while benefiting from a dividend yield of over 5%.

Bitcoin (BTC) and Ethereum (ETH) have limited supply and real utility in the market. Although more volatile and therefore riskier than gold companies and paying dividends, the cryptocurrency has greater upside potential and is a bet on irresponsible government spending and fiscal policy. As Outsiders, we will gladly take this bet.

With crypto prices currently falling, now seems like a good time to buy if you don’t have exposure. I’ll talk more about crypto and how you can use it as an income investment in the future, so stay tuned.

I hope these ideas will put you on the right track in this environment. And as always, let us know if there’s anything you’d like us to cover. We read every email.

After Alex’s passion for economics and investing drew him to one of the world’s largest financial publishers, where he rubbed shoulders with former Chicago Board Options Exchange traders, hedge fund managers from Wall Street and analysts at the International Monetary Fund, he decided to take a pen and guide others through this new era of investing. Check out his publisher’s page here.

PS Time is running out on this gold mining opportunity. We’re expecting a buyout soon, so enter now to secure your profits while you still can! 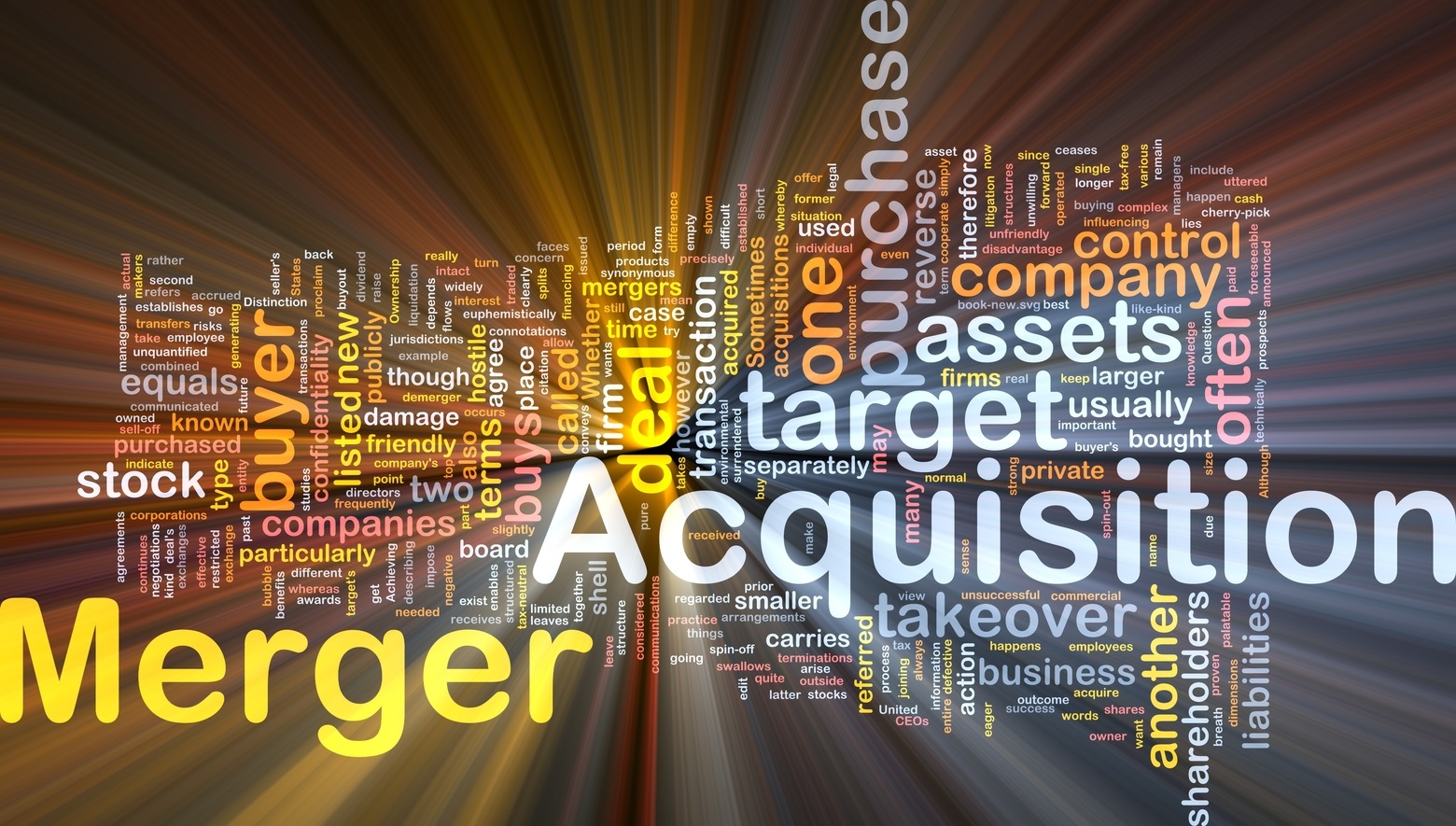 This year, Isidoro Quiroga, the well-known Chilean businessman and founder and majority shareholder of Asesorías …