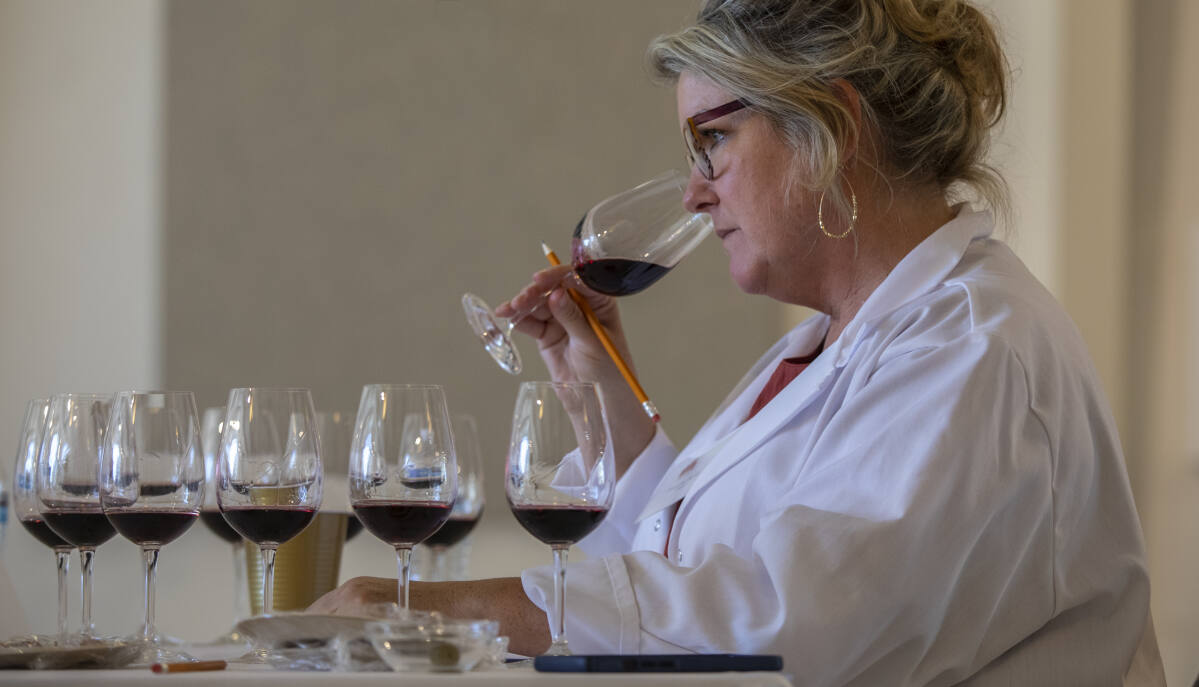 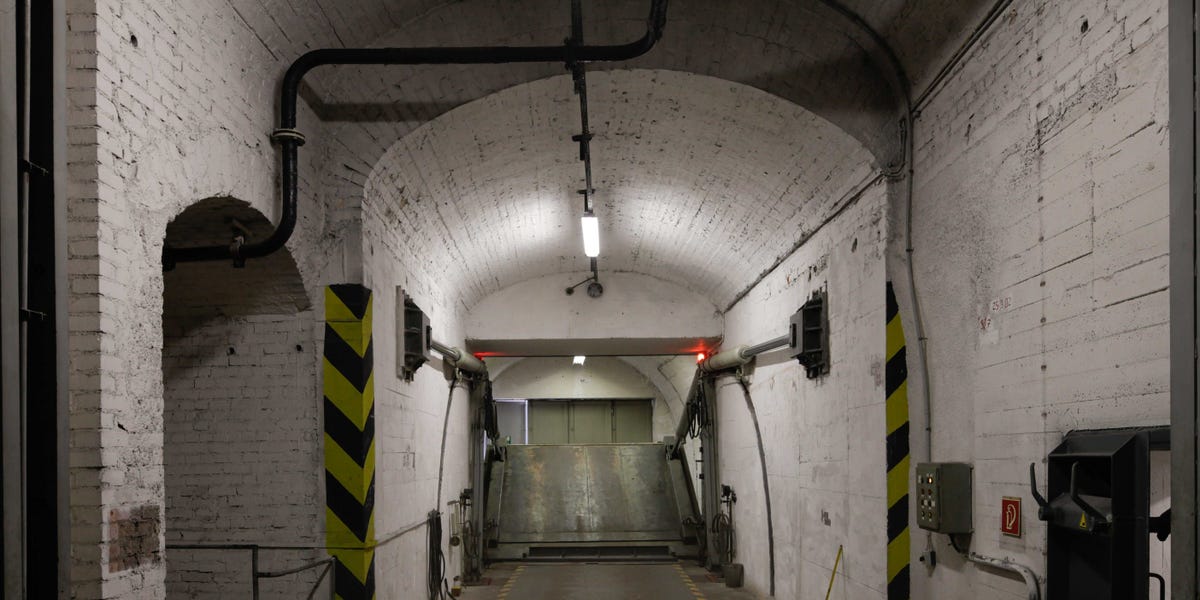 Those who follow Aspen’s hospitality, restaurants and real estate need not be told that the only constant is change. Over the past few years, there has been an accelerated increase in sales and consolidations that have changed the food and wine industry, and our entire community. It is not surprising that the same trends are observed in the wine sector. In recent years, there has been a significant increase in the number of wineries changing hands as founders and second-generation wineries are courted by larger entities.

In November, longtime Aspen viticulture favorite Randy Lewis, a former Indianapolis 500 racer who, along with his late wife Debbie, founded the eponymous Lewis Wineries in Napa Valley in the early 1990s , got an offer he couldn’t refuse. Lewis Cellars was sold to Paso Robles-based Justin Vineyards and Winery, which is owned by the Wonderful Company, which in turn is owned by Lynda and Stewart Resnick of Aspen. Lewis Cellars has joined a brand marketing powerhouse that includes Wonderful Pistachios, POM Wonderful Pomegranate Juice, FIJI Water, Halo Oranges and Sonoma’s Landmark Vineyards. You have undoubtedly been a consumer of one or more Wonderful products. Now a Lewis Cellars Cabernet Sauvignon will do.

Earlier this month, another Napa property, the Silverado Resort and Spa, was acquired by a company familiar to many Aspenites, KSL Capital Partners. Silverado, an iconic property located on the base of the Atlas Peak wine appellation, is also home to a championship golf course that will host the Fortinet PGA Tour Championships in September. KSL is a major investor in prime luxury properties (they once owned the Snowmass Westin) and this is a significant investment in a wine-centric resort surrounded by nearly 400 wineries in one of main wine regions of the world. In 2017, KSL partnered with Henry Crown and Company (which owns a little place called Aspen – or rather Aspen Skiing Co.) to form what became the Alterra Mountain Company, which pioneered the IKON ski pass.

And last week, another highly regarded wine that regularly features on Aspen wine lists, Shafer Vineyards, sold to a South Korean hospitality company called Shinsegae Property. Founded 50 years ago in 1972, a pivotal year in Napa Valley that saw the introduction of wineries like Stags Leap, Chateau Montelena, Caymus and Silver Oak, Shafer has operated for the past three years under the solo umbrella by Doug Shafer. Doug’s father, John, came from Chicago to try his hand at the wine business, and the “father and son” partnership created a winery powerhouse with an old TD-9 tractor that became the beloved image of the cellar. John passed away in 2019, but the house continued to produce great wines (see “Under the Influence”) from the rugged 200-acre property in the Stag’s Leap area.

These sales, along with the recent purchase of Calistoga’s Frank Family Vineyards by Australian-based Treasury Wine Estates, reflect an ongoing trend where investors and beverage companies are looking for name brands and the best locations in Napa Valley to invest. is a perfect storm, much like here in Aspen hospitality, where low interest rates, abundant capital and a generation of willing sellers converge in a moment of financial momentum. In real estate and hospitality, location is everything and the opportunity to buy, say, 200 acres in Stag’s Leap, is just too good an investment to pass up. They don’t make these lands anymore and the scarcity of supply should guarantee that any investment in Napa Valley, just like Aspen, will be good. It’s been half a century.

Of course, there are those who lament the changes and worry about the influx of money into Napa Valley. Will there be a homogenization of high quality wine as new generation owners want to enjoy wine style and brand at the expense of authenticity? Will the new owners push the bar for tasting rooms and accommodation, creating a bubble accessible only to the hyper-rich? As opposed to just the mega-rich? Younger and more daring adventurers, like their founding predecessors of the great wine houses of the Valley, will they disappear or be forced to venture into other regions to create new paradigms of wine? All of the above is to be determined.

But one thing is clear: Napa owners who sell are not the bad guys. Much like longtime Aspen residents who have spent their lives building classic and treasured properties, this is an opportunity to achieve more financial success than they ever dreamed of. We’ve all heard stories of local restaurateurs who have been offered life-changing money to sell their leases or businesses. Can you blame them for enjoying this moment in time? Nor can you blame John Shafer for accepting $200 million or Rich Frank $315 million, plus promises that, as the press releases say, “operations will continue as in the past.” .

“A bit like Aspen” is a refrain I’ve used many times in this column and it’s because there are some serious similarities to Napa and Aspen wine country that center around the continued buildup of demand and wealth. Housing issues, labor shortages, infrastructure, traffic – there are myriad challenges and issues that have been exacerbated by the influx of new investors and residents. How these play out and the ability of communities to weather this perfect storm will determine whether wine regions and ski resorts can survive and thrive.

And in other news from the rich and famous and wine, it looks like a worsening love affair continues to plague wine entrepreneur/actor Brad Pitt.

One of the great winemaking successes of recent years has been the emergence, under Pitt in partnership with wine legend Marc Perrin, of the Château Miraval brand of rosé wines from a magnificent historic estate in the south of France near the village of Brignoles. The story began in 2008 when Brad and Angela Jolie were very much in love. They traveled to France that summer where Angelina gave birth to the couple’s twins, Knox and Vivienne. While there they spied from the sky (on a helicopter reconnaissance trip) a spectacular vineyard and chateau and in time became their own for a whopping $60 million. Brad, who has a background in real estate, recognized that the real value of the property was in the potential to create a wine brand and he got in touch with the Perrin family of Chateau Beaucastel fame to investigate. the opportunity to produce quality Róse, a style of wine. who had just become famous and fashionable. In less than a decade, the wine has helped create and ride a pink wave to become one of the most demanded wines on Earth.

In 2020, long after Jolie and Pitt’s love had soured, Perrin and Pitt launched a premium-priced Rosé Fleur de Miraval champagne, and just in December it was announced that a recording studio on the property of Château Miraval would reopen. Artists like Sting and Pink Floyd recorded hits here in the 1970s and 1980s. Owning and trading wine became Pitt’s passion.

But while everything was going well, Angelina Jolie decided last October to sell her half of the property to a company controlled by a Russian businessman, Tenute del Mondo, which has links with the Stoli group, marketing, among other things, the Stolichnaya vodka. Jolie, who does not drink, noted she could not continue to be part of a business she did not believe in and Pitt claims her sale violated her right of first refusal and was made for vindictive reasons . He also says the new owners have a plan to take over the project which means a lot to him.

Pitt filed a lawsuit in Los Angeles this month to challenge the sale, and it’s no doubt going to be a tabloid story — and a wine story — in the weeks and months to come.

Welcome to the wine world of the Roaring Twenties. 21st century style.